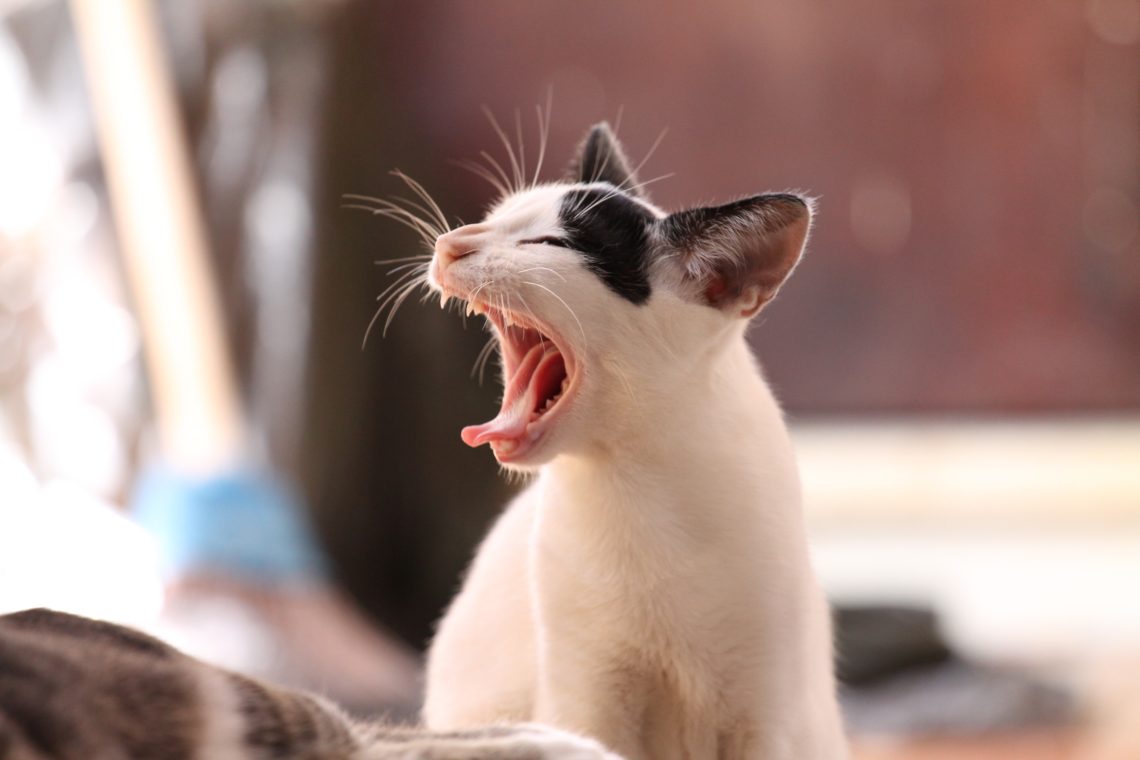 I have never been hyped up about Bitcoin, the “blockchain,” or cryptocurrencies.

The basic premise behind Bitcoin is that it’s a currency you can send anywhere nearly instantly. The computing power of the millions of bitcoin “miners” is used to solve math problems which create a secure record of every Bitcoin transaction – that record of transactions is called the “ledger.” The miners get paid for keeping the system running by receiving a share of the small amount of new Bitcoins that are being continuously released. Anyone can see the code, and everything is “decentralized” — instead of a single central bank or government holding the power, lots of people participate and everyone can ‘verify’ each other, which makes it a “trustless system.” In theory, you can count on things working without putting faith in the other players. Other “cryptocurrencies” generally share important parts of that architecture – especially the decentralized record-keeping called the “blockchain.”

Venezuela has been struggling with chronic food shortages. President Nicolas Maduro’s government won’t let its citizens exchange bolivars into foreign currencies at a price that any international exporters will accept, making incredibly difficult to import food into Venezuela. Malnutrition is skyrocketing, and estimates suggest that infant mortality has increased more than 100-fold since their economic and currency crisis started. Jim Epstein has reported that many members of what used to be Venezuela’s middle class and upper classes have stopped other work to mine Bitcoin. Former doctors, lawyers, and engineers use Bitcoin to buy Amazon giftcards, and then use the Amazon giftcards to buy food which gets shipped to Miami, and then sent to Venezuela at a hefty fee. Yeesh.

In most of the world though, including in most of the developing world, if you have money to spend, moving your money where it needs to go isn’t a big problem. Remittances–sending money between countries–can still be costly, but for “low-tech” reasons that Bitcoin isn’t really able to solve.

There just aren’t that many reasons why people in the United States who aren’t trying to commit crimes or buy banned goods would find Bitcoin useful, and while it is kind of fashionable today to express the opinion “oh, I think ‘the blockchain’ is very promising even though I’m not a believer in cryptocurrencies,” personally I’m not even that optimistic about what blockchain technology will accomplish for the reasons explained by Kai Stinchcombe here.

Once I learned enough to feel like I understood the basics, I started mostly tuning out cryptocurrency news.

My general assumption was that if Bitcoin, Ethereum, or other smaller ‘coins’ either fizzle out or simply fail to ‘take off,’ it would be a big bummer for the people who invested heavily, but that life would continue on as normal the rest of us.

After a great conversation about this topic with a mentor in Durham (Check out his paper on CTFC regulation of bitcoin derivatives), I’m starting to think differently on why cryptocurrencies could end up mattering a lot, even if they aren’t “successful.”

Of course, Bitcoin, Ethereium and other coins have already seen both massive ups and downs in their prices. Early this year, Bitcoin’s price fell by 60% without causing any obvious problems majority of people who don’t own cryptocurrencies. We can’t take that to mean though that contagion wouldn’t spread in future crashes.

Today, cryptoassets represent a relatively small part of the economy, and an especially small amount of what is held by important institutions like governments, retirement plans, or deposit-holding banks. Imagine cryptoassets as the sapling of a plant that would be comparatively easy to rip out of the ground now – a plant that could blossom into something a beautiful flower, intractable kudzu, or nothing at all. It’s tempting to wait to and see what happens – but by the time the trajectory is obvious, it may be too late to forestall big problems.

Importantly, derivatives allow the amount of exposure held in the economy related to a particular asset to grow far beyond the size of the underlying asset class. I might have one mortgage, but in theory, an infinite number of people can place bets on whether or not I’ll repay my mortgage. Similarly, there might be $X in bitcoin in circulation, but there can be 10 times that amount in outstanding ‘bets’ on whether bitcoin’s price will go up or down.

The ideal time to place regulations on mortgage-backed securities wasn’t in 2009 in the midst of the crisis, or even in 2006 just before the crisis started, but probably a decade or more before as the asset class was growing and evolving.

What do we do?

Push back on government entities holding cryptocurrencies or associated derivatives:

Voters and citizens should be concerned with the investments held by the cities, states, and countries where they live. For most of us in the United States, the most important government investments are the pension funds of our state governments. In many parts of the country, including my home state of North Carolina, pension funds are managed by an elected State Treasurer. When state pension funds struggle, either former public servants get short-changed, or ordinary taxpayers are suddenly on the hook to fund the promises made. State pension funds can be tempted into ‘novel’ investments, especially if they’re worried about making ends meet down the road – but voters should push back on government entities holding cryptocurrencies or associated derivatives.

If you bought 100% of a currency, that currency wouldn’t be very useful anymore.

Stocks are productive assets – on average, while some companies will fail, companies on average grow and become more valuable over time, which makes the underlying stocks more valuable over time for “good reasons.” Currencies on average do not become more valuable over time – unlike the stock market where most people can be “winners,” investing in currencies almost always zero-sum game where you’re betting on one currency becoming more valuable in relation to another currency. Investing in stocks or bonds lets you direct money to governments or businesses that need funding to do research or build things like roads or factories – but when money is sitting in currencies, it really isn’t “doing’ anything. You could say that investing is putting your money into places where adding money is likely to create growth, while speculating is finding someone who will take the opposite side of a bet with you that something is going to grow or change on its own. We often need our governments to invest on our behalf – but we should ask them not to speculate on our behalf.

Some entities have great reasons to buy currencies or associated derivatives. If you are a manufacturer that buys raw materials in the United States, manufactures something in Mexico, and then sells it to a European market, a big swing in the exchange rate between dollars, pesos, or euros could really put a wrench in your business, so you may want to ‘stockpile’ some of the currencies, or buy “derivatives” that let you lock in a future exchange rate. While an importer or exporter might want to buy foreign currency or foreign exchange derivatives to manage their exchange rate risk, there’s really no good reason for a state pension fund to do so — and there’s not an obvious reason why anyone needs to be betting on the relative positions of dollars and cryptocurrencies.

This general point of view was expressed by the head of the California State Teacher’s Retirement System, the nation’s second-largest public pension fund when a spokesperson told CNBC: “CalSTRS has not considered investing in bitcoin or cryptocurrencies in general […] We consider them the ultimate intangible and, at least right now, there’s no value behind them other than what other people will pay.” But CNBC reported in the same article that other institutional investors may be “on the fence.”

Reconsider how we regulate crypto-assets

There are a lot of variations of what this could look like.

It may similarly make sense for Congress to pass legislation on the presence of cryptocurrencies or related assets in retirement plans – both pensions and 401(k)s – either through a cap on the percentage of of a retiree’s investments that can be held in cryptoassets, or an outright prohibition on the presence of these assets in retirement plans. Conceptually, this isn’t so different from the Employee Retirement Income Security Act of 1974, which prevented companies from putting more than 10% of a pension plan’s holdings in the company’s own stock.

Of course, it is completely possible that cryptocurrencies have a bright future, that they transform how ordinary people make payments and that they’ll become genuinely useful. My real point is that being a pessimist about cryptocurrencies is not a good reason to tune them out entirely. 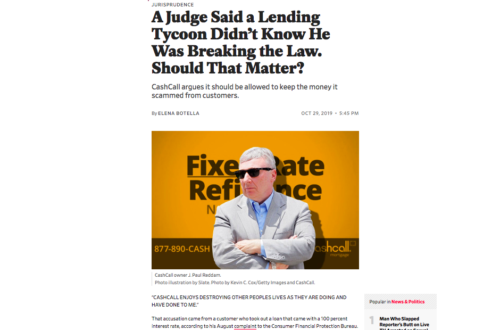 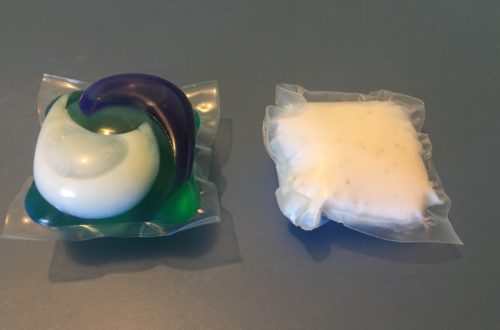