Over the last few days, I have been thinking about the choices that police officers, Facebook employees, and employees of the federal government have made about their employment: whether to quit or to stay. They joined these organizations believing they were harmless, or maybe good, and came to question those assumptions.

Speaking about the police specifically, the decisions and statements made by union leaders elected by police officers in Minneapolis, New York, and other cities, make it obvious that the problems in policing don’t boil down to “a few bad apples.”

I found the statements of Lt. Bob Kroll, head of the Minneapolis police union, at a Trump rally last fall, particularly chilling: “The Obama administration and the handcuffing and oppression of police was despicable,” Kroll said. “The first thing President Trump did when he took office was turn that around … he decided to start let cops do their job, put the handcuffs on the criminals instead of (on) us.” Kroll is a man who doesn’t believe laws should apply to police officers, who thinks the only way to “do his job” is to disregard the constitution.

I’m not someone who thinks it is always impossible to change things from the inside. I spent years trying to change a bank from the inside (conveniently, also collecting a paycheck), and had some successes changing things, before I ultimately determined I needed to leave Capital One.

The choice to leave was triggered first by Capital One’s choices to charge higher interest rates than it had before, simply because it had concluded that customers weren’t that “sensitive” to the higher prices. Even that wasn’t enough to convince me to make a clean break: I continued consulting part-time, for a few months, and then quit again because of Capital One’s decision to shorten “grace periods” to extract more late fees from each customer. Both decisions made by the company reflected the same underlying (unspoken) mentality: the more we could squeeze from each customer, the better.

But I know I had it easy. I don’t have any kids to support, and I had a good amount of savings from my years of working in banking. I know leaving a job during the COVID-19 depression must be much harder.

If you’re on the fence about whether to stay or leave at a flawed institution, I’d like to offer myself as a resource and a sounding board. Our conversations will be off the record, unless you want to be connected with a reporter who could help you tell your story. I don’t consider myself an expert or a hero by any means, but I do think I can be empathetic, and I understand how challenging and confusing these choices can be.

If you’re working at a flawed institution of any sort, whether that’s a police department, a private or public company, or anything else, I’d encourage yourself to ask yourself the following questions:

What evidence do I have that my actions here can actually change anything?

I had moments at my old job where I spoke up for customers and was able to change things. But in my last six months at the company, even though I was nominally in a position where I had a little bit of power, I was losing way more fights than I was winning on behalf of customers. When you are speaking out for what is right, is it making a difference?

Am I doing everything I can from within this institution?

Once you’re on the fence about whether to quit or stay, it can embolden you to speak out more forcefully for what you think is right. Some companies and government departments are extremely reticent to fire anybody (obviously, other companies will fire people on a whim). If you’re at a company that never fires anyone, or puts most people on a year-long performance-improvement plan before they fire them, it can really work to your advantage.

My point here isn’t that you shouldn’t quit until you’ve exhausted everything you can do from the inside: that would be a terrible idea, because you’d probably never leave. My point is that if you’ve already figured out you want to leave at some point, why not ruffle some feathers?

News organizations like The New York Times, The Guardian, The Washington Post, and The Intercept all have processes to help you stay anonymous if you want to share information or documents about unethical or illegal behavior you’re witnessing. Most reporters make their Signal number public, and SecureDrop can be used to share documents anonymously. If your first attempt to contact a news organization’s tip line isn’t successful, I would try again by directly contacting a journalist who covers your area. (As a quick note, I am not reporting until the end of 2020, when I complete the major project I have in flight, but I can offer you suggestions about who to contact).

Who do I want to be loyal to?

I really liked my coworkers in banking. I can’t speak highly of everyone I interacted with, but most, I felt, genuinely cared about me as a person, and I cared about them.

This is going to sound incredibly corny, but I did cry on the elevator out of the building on my last day of work.

The company I worked for treated its associates incredibly well, and made us feel very safe.

And I felt guilty quitting because I wanted to look out for the people who worked for me. There were a few people I wanted to help shepherd through merited promotions. And I had just recruited two new people to the company, with (honestly believed) claims about how great the organization was. I wanted to help “set them up for success.”

But I needed to separate how I thought about my coworkers, who had been good to me, from how I felt about the company. Whether or not the people around me were good people, the company acted with callous disregard for the consequences of its decisions on the lives of struggling people.

You can leave and still be a supportive friend to your former colleagues, and if they choose to not want you as their friend after you leave, that’s their decision and their loss.

What would cross the line for me?

Even if we think we’re preventing some harm, to workers or to customers or to civilians protesting on the streets, I think it’s important for all of us to establish lines that we just wouldn’t cross.

For example, you shouldn’t sign up to shoot people with plans of missing and letting your victim go ten percent of the time, just because you think think another worker would shoot everyone.

Of course, these lines shouldn’t just be about things you would never do: they need to be about things the organization does. Often times, low- wage workers are tasked with the most ethically difficult tasks (like debt collection), while white-collar workers are simply adding numbers in spreadsheets.

Are the financial risks insurmountable?

Again, I know these are particularly scary times to quit a job. My only point here is that I’d encourage you to run the numbers to figure out if you can afford to quit, before assuming that you definitely can’t quit.

What will leaving free me to do, or say, or be?

Some people, mostly software engineers, will be told that there is something better they could be doing with their talents to make the world a better place. People imagine some careers that would make them feel proud, like they were helping people: working as a therapist, or as a teacher, or as a member of the clergy. But those aren’t the only types of jobs people can be proud of: you should be proud of being a sanitation worker, or a carpenter, or a bus driver, knowing that the things you do every day make people’s lives better.

But what if me leaving doesn’t change anything?

I recently listened to a podcast episode of Death, Sex and Money, where the anonymous interviewee was talking about quitting his job as a marketing executive for ethical reasons (he was mostly concerned about the company’s labor policies). He said he realized a year later that he didn’t feel like his decision to leave had made things better for anyone: his family was struggling financially, and the workers he cared about were working in the same conditions.

Leaving a company can feel like a really selfish and self-indulgent act, if we don’t see how leaving fixes any of the problems.

But I had a great conversation with a friend yesterday, who reminded me that we don’t always see the ripple effects our actions have. I think about the ripple effects of Colin Kaepernick’s bravery. When he was attacked for his peaceful protest, it wasn’t obvious that his actions had made a difference. Now, Kaepernick’s actions bring into sharp relief how many people in power aren’t just angry about the “tactics” of racial justice protestors: they are angry about the substance of their demands for racial equality.

Unfortunately, leaving might be the easy part. What might be even harder is to speak out about the reasons you quit. (Of course, leaving silently may still be a useful form of resistance). I can’t imagine how hard speaking out would be if I was afraid for my life. I don’t know what safety advice I would offer to a former police officer who wanted to speak out against police tactics. But what I can say is that if you choose to work with a good reporter as an anonymous source, they’ll fight to protect your anonymity, even if that means risking going to jail themselves. I know for myself, what felt like the bigger risk wasn’t quitting my job, it was burning bridges by speaking out about the company.

It is scary. You’ll have to sit with that fact, and then ask, “O.K., this is scary, but should I do it anyway?” 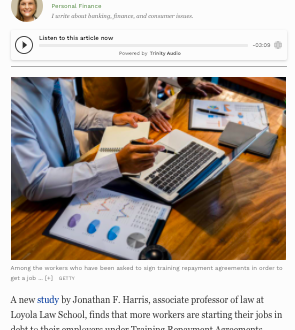 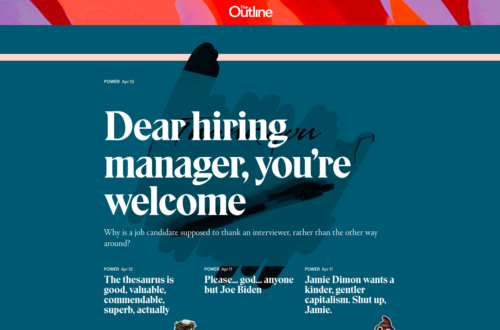 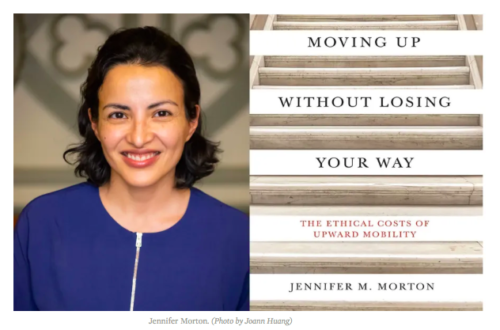