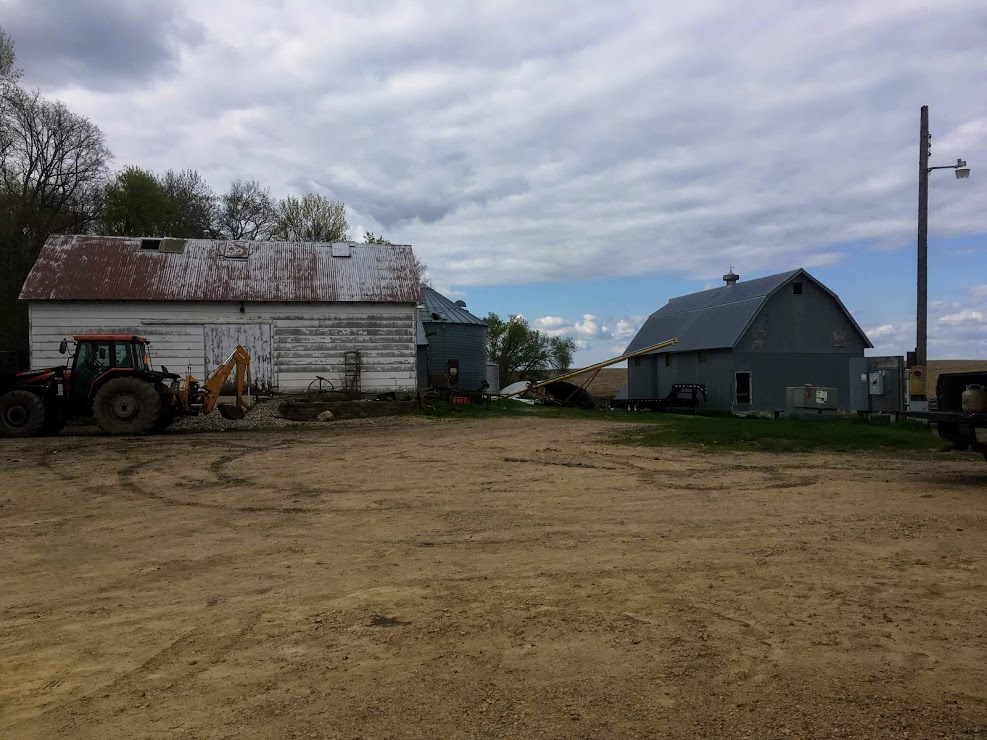 I’m now on Day 13 on my road trip at my aunt and uncle’s farm in Blue Earth County, Minnesota — today is the first day of the planting season for corn. It’s getting a late start because of all the rain. My next stop will be in Iowa.

If there’s one comment that has come up in most of my interviews with the people who wished they hadn’t borrowed money on a credit card, it’s that they used the card for things they realized they “didn’t really need.” That word “really” hints at the notion that there is actually a lot of ambiguous space in between want and need.

Peggy in St. Charles, Missouri started borrowing money on a credit card when she was pregnant to buy a new mattress — carrying around another person inside made it too hard to get in and out of her old water bed. Tasha in Milwaukee had “known” not to borrow money on a credit card for non-essentials. However, at times, she’d semi-consciously use up the money in her checking account on the things she wanted so that she’d have no choice but to borrow money on her credit card for the things she needed. It was a mental trick she used to let her evade her own rules of thumb.

One of the greatest sources of ambiguity between “want” and “need” is family and tradition. All over the world, people who have been scraping by have found ways to set aside cash to celebrate weddings and to give their loved ones dignified funerals, whether that would mean working 14-hour days or by forgoing more quotidian “needs” like putting plumbing in their house. You can look at these choices as the actions either of status-obsessed people bowing to social pressure, or a recognition of the fact that our relationships to our families and communities are the greatest source of meaning and purpose that most of us have.

In one of the interviews I did before this trip, Joe in Washington, D.C., told me he wished he had forgone getting into credit card debt to buy new clothes, but that he’d never regretted borrowing money to buy last-minute plane tickets to see his long-distance girlfriend when she was feeling down. And similarly, when Kathryn thought about the credit card debt she’d accrued attending her sister’s and best friend’s weddings while in grad school, she said that while she now felt like she was “stuck in peanut butter” financially, it was hard for her to imagine not having stood beside the people closest to her.

Of course, throwing children in the mix complicates things further. I’ve talked to so many people who will figure out how to make things work and accumulate some savings on shoestring budgets when they’re only looking out for themselves. Yet, when it comes to their children, they have a hard time saying no. Is buying a uniform so your kids can join a sports team a want or a need? What about spending the $10 so they’re not the only one in their class left out of a field trip? Parents want so badly to provide for their children not only a sense of security, but also of normalcy, and of the magic of childhood — perhaps explaining why Federal Reserve data indicates that Americans accumulate an extra $19 billion of credit card debt in the fourth quarter of each year (around Christmas) compared to the rest of the year.

I’ll never forget one interview I did many years ago with a woman in Boston who’d accumulated most of her credit card debt bailing her kids out when they’d gotten into trouble — replacing a car they’d wrecked, or floating them when they couldn’t find work. She said that all her life she’d tried to make responsible choices, but that now she had no idea if or when she’d be able to retire (she was in her 60s). “I couldn’t bear to say no to my kids if I was able to afford it — but, in hindsight, the fact that I got into debt means that I never was able to afford it all along.”*

One of the ways that credit cards can mess with our heads is that it’s so easy to think of our credit limits as an “asset” or a “resource” that we can draw down. That way of thinking is so dangerous! Obviously a credit limit has a literal meaning — the amount we can charge on that particular credit card todayif we want to — but attributing any further meaning to that number gets so many people in trouble. The credit limit isn’t necessarily how much credit we could easily get access to. Many people with even below-average credit scores could get more in days or weeks by applying for credit limit increases with their existing cards, or by applying for new credit cards or loans. And the credit limits are certainly not how much money we could afford to pay back. By having available credit on her credit cards, it felt to the woman in Boston that she was able to say ‘yes’ to her adult children. She probably wouldn’t have felt that way if saying ‘yes’ to them had meant applying for a new loan.

In the words of Alexandria Ocasio-Cortez, we need to reject a society that tells people, “If you choose to have any expense beyond mere animalistic survival – an iced coffee, a cab after an 18 hour shift on your feet – you deserve suffering, eviction, or skipped medicine.”

When I worked in the credit card industry on developing the policies for credit limit increases, I would often zoom in to the level of individual borrowers to see what the proposed policy would have meant for them. Especially if a new rule would mean we were giving out credit to fewer people, I would see what that decision would mean in terms of purchases a given impacted customer would have to forgo. Often you see purchases that are pretty basic: $30 on groceries or gas, a few hundred dollars at a Mr. Tire. Other purchases are obviously discretionary: a Carnival cruise, fireworks, iTunes. Many others it would be impossible to say from the outside — spending at Walmart might be electronics or groceries, or at Lowe’s you might be fixing a broken window or replacing something that just looks dated. It might even be impossible to say from the inside!

Unsolicited or “automatic” credit limit increases to existing customers are a major part of how banks and credit card companies give out credit, and in turn, how Americans end up in debt. Just the other day, I talked to one of my cousins whose first credit card gave him a $500 limit, a limit which is now over $10,000. That trajectory is extremely common.

Banks could and should stop granting “automatic” credit limit increases to customers who are still paying interest on discretionary purchases they made months ago — they shouldn’t be trying to profit off of financial decisions that are going to cause Americans to struggle. This idea isn’t about looking at people and judging them in a moral sense – saying “shame on  you, you shouldn’t have bought that iced coffee.” It’s about not pushing people into holes they’re going to struggle to get out of. Operationally, I can say with great certainty that implementing this type of proposal at a bank would be no more complicated than all the things banks do on a quarterly basis to increase profits. And compared to Bernie Sanders and Alexandria Ocasio-Cortez’s proposal to cap credit card interest rates at 15 percent, this change would similarly prevent a massive proportion of  the high interest credit card debt that causes people to struggle, without having as large of an impact the access to credit that so many people rely on to make ends meet when there’s so safety net in place (like when people put their cancer medications on their credit cards while they’re arguing with their insurance companies to reimburse them.) The interventions in banking that make sense to implement today, in our current world, where people have few places to turn when things go wrong, are very different than the interventions in banking that would make sense to implement in a country with universal healthcare and basic income.

Of course, the idea that banks should stop raising credit limits of people who are still paying interest on past discretionary purchases would be fairly difficult to write into law: it’s more the type of thing a credit union or bank could choose to do on to better serve their customers, and hence, not something we should be expecting when it means they’d be forgoing big profits. One NerdWallet study reported that 86% of Americans with credit card debt regret it. If it was their primary goal, I have no doubt banks could find ways to do many fewer loans at terms or in circumstances where the borrower would ultimately feel regret, while barely making a dent in credit access under the terms and in the circumstances where the loans helped people succeed. To hear those proposals, keep reading in the weeks and months ahead.

* Just a quick comment that this particular quote is a paraphrase, unlike all other quotes that appear on this blog.  This conversation was before I started the research for this project, and hence, unlike all the interviews I’ve conducted over the last 9 months, I don’t have a recording and/or time-of notes. 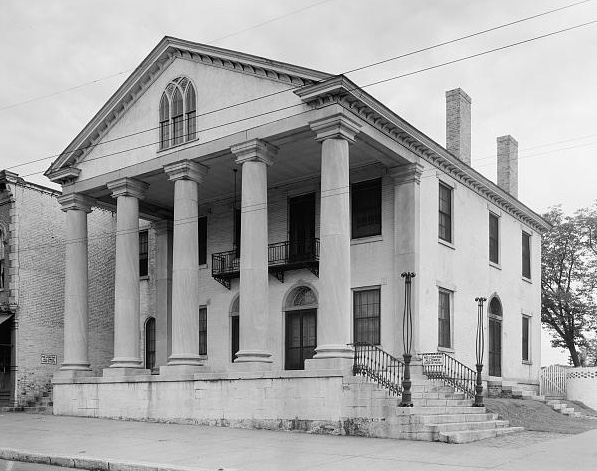 From Occupy to a Credit Card Company, and now what? 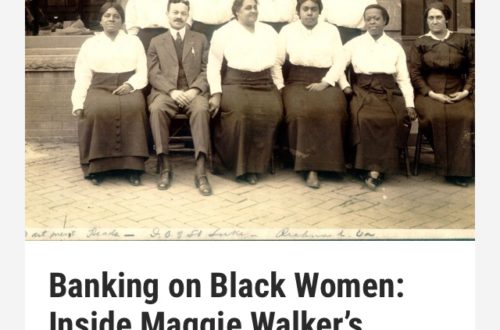 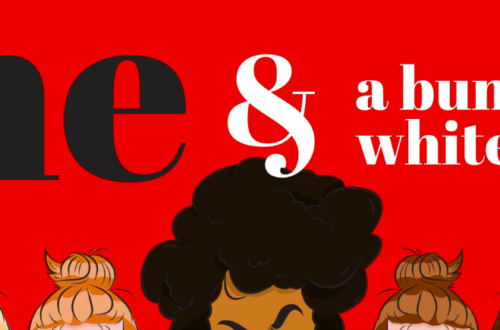